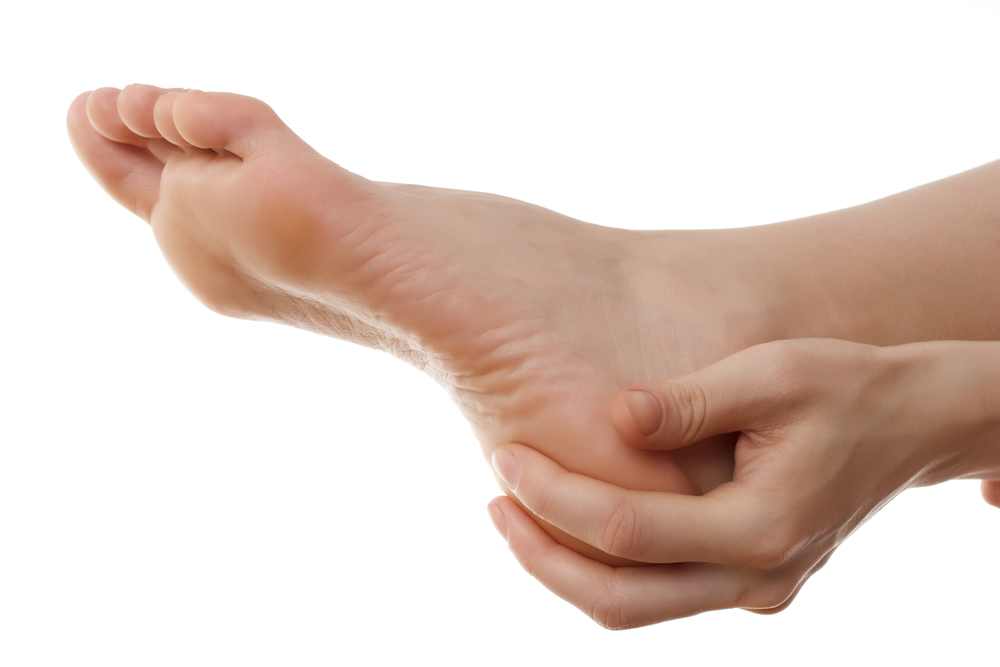 A 53 year old female presents with pain in the bottom of her heel of approximately 3 years. She describes the pain as being under the “ball of her heel” and she feels this pain when her foot hits the ground every morning. She also feels the pain when she stands up to walk from her office chair at work and after other long periods of being seated. Her heel pain has been on and off for the last 3 years and has been bearable at times although it has never really subsided completely. Recently, she had increased her level of exercise to partake in an annual run as part of the Sydney Running Festival – the Blackmores half marathon. As her mileage increased so did her pain levels, and frequency of pain. She described her heel pain as being constant and was starting to “take over”.

The patient informed us that she thought she had Plantar Fasciitis, after reading information on line, although she had no imaging to confirm this. Her doctor had arranged an x ray and there was no visible signs of a Heel Spur.

A physical examination involved palpation of the plantar fascia at the heel and through the arch. The patient felt extreme pain when pressure was applied to the medial band of the fascia, just distal to the heel – consistent with most cases of Plantar Fasciitis. Her jump response was high and she retracted her foot quickly. She was quite right with her assumption that she in fact was suffering with Plantar Fasciitis and she was informed that she had a severe case, which may involve micro tears.

This patient was measured and markers were drawn on to her feet and lower legs. She was observed walking and running on a treadmill and analysed using digital recording software. This patient had un unstable foot type. A weakness in her foot and ankle ligaments allowing her feet to over pronate , or collapse severely.

The patients running shoes were examined as were her office shoes and her casual footwear. None of her footwear was appropriate! Her running shoes offered insufficient heel height and a lack of dual density material around the medial heel and arch, which allowed joint hypermobility and soft tissue stress when running. Even though this patient was seated at work she walked 15 minutes each way, to and from work and would reach 8,000 steps by 5pm.

Due to extremely high levels of pain which can be indicative of tears in the Plantar Fascia this patient was referred for ultra sound scan. The report concluded that although no tears were present there was thickening of the fascia on the symptomatic foot, measuring 8mm compared to 2.5mm on the “good foot”.

Plantar Fasciitis treatment will vary from one patient to another and this particular patient was informed that she might need to use an immobilisation boot, due to her pain levels being so high. However, for the 6 days between her initial consultation and her returning to the clinic with her ultra sound scan, she made significant footwear changes and did not remove the strapping that was applied at the time. She ceased running and was feeling 30% less pain.